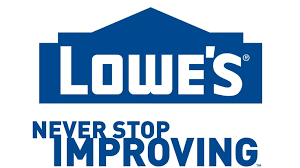 Was $7.6 million for near slavery the largest resolution announced by the Equal Employment Opportunity Commission last quarter? No. A strictly enforced medical leave policy cost Lowe’s $8.6 million. A 45-year-old case settles another chapter, plus things that caught my eye and a recap of all resolutions.

From its Beverly Hills headquarters, Global Horizons, Inc. connects laborers with work around the world. When agribusiness in Washington and Hawai’i needed farmworkers, Global Horizons matched them with people from Thailand.  A match.com for business?  Well, civil and criminal prosecutors alleged GH, Inc. made these people believe that if they discontinued working for the employer, they could be arrested and deported. In case words were not enough to restrain them, GH retained their passports, too.  To keep people working fast, they’d strike one on the head with a cane or otherwise use fear, intimidation, humiliation and shame, according to Judge Shea in the Washington case, where he awarded $7,658,500 in compensatory and punitive damages.

National retailer Lowe’s paid $8.6 million to settle with the EEOC for firing thousands of workers with disabilities whose leave exceeded Lowe’s maximum leave policy. I’ve reported on this before: compliance with state and federal leave laws does not equal compliance with The Americans with Disabilities Act. The employer must make individual determinations and provide reasonable accommodations.

Male supervisor harassed lesbian:  “I want to turn you back into a woman;” “You would look good in a dress.”   Shortly after she complained, she was fired. $20,000 of the $202,200 settlement for sex discrimination to be donated to “Human Rights Campaign Foundation Workplace Equality Program.”  EEOC considers this a landmark early case of sexual orientation discrimination.

Intellectual Disability. The 26-year old had been cleaning up the amusement park and restaurant for four years. The employer changed the clock in procedure, and the employee couldn’t get it because he had a traumatic brain injury as a kid. EEOC charged the employer could have and should have accommodated him. $20,000.

Lawler Foods in Texas wanted Hispanics. It used word-of-mouth recruiting and advertised its Spanish-language preference. EEOC charged discrimination against African-American and non-Hispanic applicants, and the employer paid over $1 million to settle.

A Newark firm also used word-of-mouth recruiting. Plus it falsely told African-American applicants that no positions were open when, in fact they were hiring. The consent decree orders payment of $350,000 plus imposes affirmative action in recruiting black candidates and giving priority in hiring to those whom the EEOC identified as having been harmed, among other things.

In 1971, the United States sued a union and apprentice program alleging they did not want African-Americans and Hispanics to become sheet metal workers. The names of the prosecuting entities changed, as did some of the defendants.  Last quarter, they settled claims arising between 1991 and 2002 for $1,650,000.

Failure to retain applications and other documents relating to the hiring process violates 29 C.F.R. §1602.14 and the ADA. Employment agency violated that provision and it failed to hire an applicant because she disclosed her disability. The expert employer paid $30,000.

New Prime Trucking Inc. will pay $3.1 million for pattern and practice discrimination against women.  The story begins in 2004, when Prime was liable for harassment of a woman by a male truck driver trainer. In response, Prime adopted a policy of same-sex trainers.  Because Prime had so few women trainers, women had to wait, sometimes up to 18 months for training, meaning most women were denied employment. Employer paid lead plaintiff $250,000 plus $2.8 million for 63 other women.