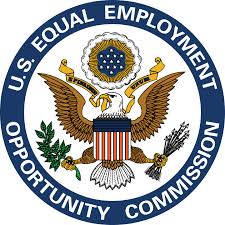 A couple of Walmart cases plus another GINA case were among the resolutions announced by the Equal Employment Opportunity Commission (EEOC) during the first quarter of 2014.  As usual, I will highlight what I found most interesting and summarize the settlement data on most of the other cases.

Qualified to Volunteer;  Not qualified for Paid work.

The hospital used a volunteer with cerebral palsy in the child care center.  But, it refused to hire her for a paid position because of its fear that her disability meant she could not care for children safely.  Stereotypes cannot ground decisions on who is qualified for the job. Hospital paid $75,000.

I’ll get your kids, too!

EEOC charged Walmart with refusing to hire the children of a woman who had filed a sex discrimination charge.  Mom had a retaliation claim, for which Walmart paid $87,500.

Intellectually disabled, Jamie Wells put up with sexual harassment from a co-worker for several years.  Managers knew about it.  The harassment stopped only when Walmart fired Jamie after her formal complaint.  Walmart paid $363,419, which constituted back pay plus $295,000 of the $300,000 cap on compensatory damages.

If not Bawdy, then Blackballed by JPMorgan Chase

Some of the women did not join in the “fun.”  The boring female mortgage bankers who not embrace the sexually charged behavior and comments, including from supervisory staff, did not get as many lucrative sales calls, training opportunities and other benefits of employment as the fun crowd, they alleged

EEOC called it a “sexist and uncivil atmosphere” in its class action sex discrimination lawsuit against JPMorgan Chase.  The employer must pay $1,450,000 split among 16 women.  Plus, the consent decree requires the employer to better retain data on call assignments so there’s proof to support or defeat future claims.

That was just one of a few agreements declared void by the EEOC and reported in its digest of decisions for Summer 2013.  (Yes, that’s the latest edition.)

In another case, the employer agreed to “open communication” with, abide by a contract, and maintain fair and equal treatment for all employees.  EEOC held that agreeing to comply with existing laws, rule and policies did not constitute consideration sufficient to support the settlement of the employment claim.  EEOC reinstated the complaint.

Now, on to the other settlements reported last quarter. Most settlements included other terms, such as training, posting legal duties, etc.